I am always being asked to grade Obama’s presidency.  In place of offering him a grade, I put together a list of his accomplishments thus far.  I think you would agree that it is very impressive.  His first six months have been even more active than FDRs or LBJs the two standards for such assessments.  Yet, there is little media attention given to much of what he has done.  Of late, the media is focusing almost exclusively on Obama’s critics, without holding them responsible for the uncivil, unconstructive tone of their disagreements or without holding the previous administration responsible for getting us in such a deep hole.

The misinformation and venom that now passes for political reporting and civic debate is beyond description.  As such, there is a need to set the record straight. What most impresses me is the fact that Obama has accomplished so much not from a heavy-handed or top-down approach but from a style that has institutionalized efforts to reach across the aisle, encourage vigorous debate, and utilize town halls and panels of experts in the policy-making process.  Beyond the accomplishments, the process is good for democracy and our democratic processes have been battered and bruised in recent years.

Let me know if I missed anything in the list (surely I did).

Oh, and he built a swing set for the girls outside the Oval Office! 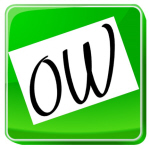 Since you asked, why not donate a few dollars?